After last week’s interview about OpenStreetMap in Zambia, we today turn our attention back to north of the globe with an interview with Pekka Sarkola about the OpenStreetMap community in Finland. 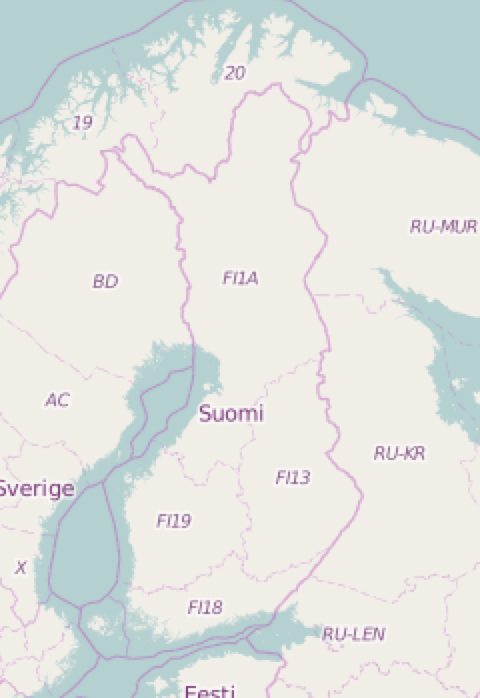 My name is Pekka Sarkola and I live in Helsinki metropolitan area. I has been working as GIS expert over 20 years. Nowadays I’m running my own company, Gispo Ltd. Gispo is helping customers to use Open Source geospatial softwares and using open datasets (also OpenStreetMap).

I have had OSM account (posiki) since Oct 2009, but I really get inside of OpenStreetMap after SOTM 2011 in Denver. I also visited in FOSS4G conference (also in Denver, just after SOTM) and those two events totally opened my eyes to the “Open * ” world. This lead to Gispo on Jan 2012 and now we are four people in total serving customers mainly in Finland.

2. What would you say is the current state of OSM and the OSM community in Finland?

OSM is pretty okay in Finland. However Finland is big country (smaller than Germany, but bigger than Poland), with small population (5,5M). We have a lot of land to map. One example is forests: historically in Finland we haven’t put forests on maps: that just too much green ink to print maps. So, landuse coverage in Finland is pretty bad. I do hope that will be corrected sooner or later.

OSM Community is growing, lately HOTOSM activities has been very popular. And I hope this leads to situation that people start also map their own neighborhoods.

3. What are the unique challenges and pleasures of OpenStreetMap in Finland? What aspects of the projects should the rest of the world be aware of?

We have a lot of open geospatial data from government and municipalities. National Land Survey of Finland open their geospatial datasets on May 2012. Since then OSM activists has been using those datasets (for imports and background maps). Last spring building addresses has been open with CC-BY -license. So we have a challenge to manage all those imports and it’s also a pleasure that we can leverage geo information which has been already paid by Finnish tax payers (ie Finnish OSM mappers ;-)

4. What is the best way for people to get involved in the community?

HOTOSM events has been very popular in Finland: there is a Facebook group people can join. We have also monthly coffee break meetings where OSM mappers just meet to map.

5. Recently it was reported that the borders of Finland may soon be changing. Any discussion of this in the Finnish community? Who will get to do the ceremonial edit?

Not really, Finns don’t believe until they see. Usually we haven’t had any problems with our western side borders, eastern side is different issue.

6. What steps could the global OpenStreetMap community take to help support OSM in Finland?

Creating communities around core OSM community is key issue. I’d like to see more people use OSM as their primary map source. And with people I mean companies and civic servants. I see already that quite a few NGOs use OSM in their projects in developing countries, but I hope we can get more users for OSM in Finland.

7. In 2014 OSM celebrated its 10th birthday. Where do you think the project will be in 10 years time, both globally and in Finland specifically?

I’m too experienced to make any predictions, especially about the future. I didn’t believe in 2011 that Finland would open all their geospatial information in near future (did on May 2012). I thought in winter 2016 that nobody could make profitable location-based mobile game (seen multiple efforts in Finland since 2000, land of mobile games).

_So, future in 10 years? We usually over predict 2 years and under predict 10 years. For technology, easiest way to guess is what we will have in 5 years, is going to some local university/college and see what students are doing. That will be consumer like devices/services/

Great stuff Pekka. Very interesting to learn that forests weren’t mapped just because they were the “default”, and to see that this behaviour carries over into the digital realm.

Best of luck to the OSM Finland community.