Our long-running OpenStreetMap interview series continues with today with a look at the state of OpenStreetMap in Korea. We spoke with Dongha Hwang, a very active member of the local community about his perspective on how the map and community are developing. 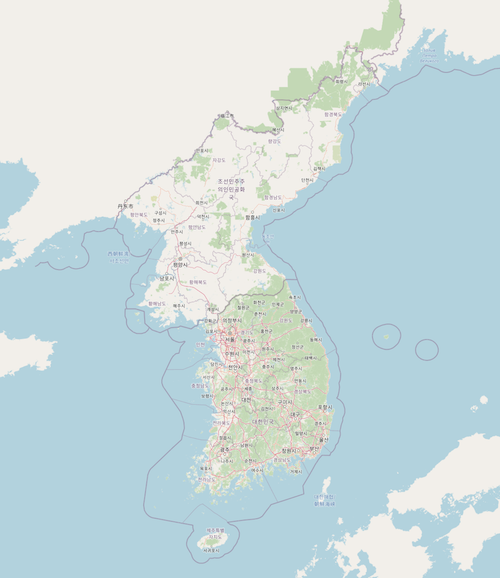 I’m Dongha Hwang, a OpenStreetMap user (username LuxuryCoop), a editor of WeeklyOSM Korean edition, serving in the Republic of Korea Air Force (I will be discharged from the military in a year and 2 months.) I got to know OSM at January 2017, when Pokémon GO is launched in South Korea, with OpenStreetMap instead of Google Maps. It is because the government prohibits to take maps made by them out of South Korea, so they introduced a good solution, switching to OSM not made by only the government, but by many volunteer community. From that time I’ve been contributing free and open geospatial dataset which anybody can use any purpose.

2. What would you say is the current state of OSM and the OSM community in Korea?

In some aspect, the state of OSM in South Korea is almost complete, but in the other, unfortunately, it is very poor. The majority of residential roads are mapped with ‘name’ tag. In addition, some railroad enthusiasts make railroad infrastructures in Korea OSM (not only South, but also North!) very detailed. On the other hand, regardless of whether you are on a urban or a rural OSM, you can see buildings rarely, except apartments. Even in the capital area of South Korea, in which 25 millions (i.e. half of population of South Korea) are living!

Fortunately, some heavy mappers have been mapping hundreds of buildings with addresses every day. I believe that all of Korean find their house on OSM someday!

For a long time, mappers contributes OSM of South Korea individually, although many foreigners (and few Koreans) had discussed for the better map. However, now the osmKorea Telegram channel is very active OSM Korea community, in which many Korean and people from the other countries are talking! I recently made a website and named a Facebook group OpenStreetMap Korea, because Telegram is far more private platform than Facebook, so a Facebook group can easily promote us and our activities to non-OSMers. Actually it has been attracting members on the OSGeo Korean chapter.

3. What are the unique challenges and pleasures of OpenStreetMap in Korea? What aspects of the projects should the rest of the world be aware of?

All map services in South Korea do not display military facilities, prisons, and water purification plants. However, since OpenStreetMap does, the media often criticizes it. I think this is one of the reasons South Koreans rarely use OpenStreetMap. (By the way, I recently made a tile server - tiles.osm.kr - and its source database - tiles.osm.kr/download - without military bases and security areas for OSM Korea)

Also, the quality of Korean map services provided by Naver or Kakao in South Korea is very high (Street View, traffic situation, rates of restaurants, …), so people don’t feel the need for OpenStreetMap much. So, while I promote OSM as a map, but also I used to say that unlike Naver Map and Kakao Map, OSM can provide information about bench location and accessibility, and emphasizes its role as a “geographic database” that can be used in various fields such as paper research.

4. What is the best way to get involved in the local community? Where does the community meet and hang out (physically and digitally).

We have never met offline or even held a mapping party online. However, as mentioned above, we are active in OSM Korea Telegram channel, so if you want to discuss about Korea OSM, don’t hesitate, come on here. If you have a Facebook account, you can register the osmKorea Facebook group so that receive news about Korea OpenStreetMap community.

5.What steps could the global OpenStreetMap community take to help support OSM in Korea?

Neither South Korea nor North Korea OSM has many buildings. In South Korea, only 7.6% of all buildings are mapped in OpenStreetMap. The Korean government distributes building footprints nationwide freely, but they are not available for OSM at all due to laws that prohibit the export of data from the Ministry of Land, Infrastructure and Transport to foreign countries (including OSM servers in Europe.) 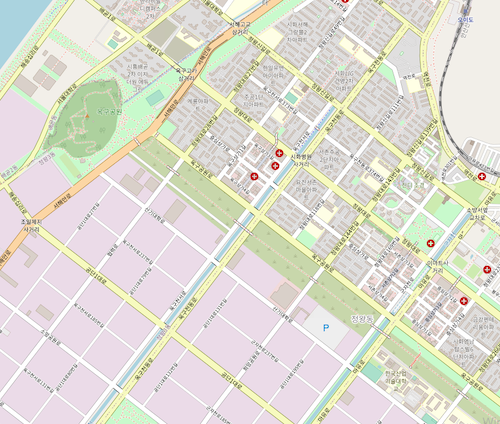 Hand-tracing of 7 million buildings in South Korea (and many buildings in North Korea) is a very challenging task. If a AI-based building footprint dataset is available and people are in charge of review and modification, the speed of contribution can be very fast.

I’m sorry that I’m too obsessed with buildings. Of course, information such as roads, addresses, and stores is also very important. However, buildings (and landuse) make OSM “looks like a map.” Members of communities related to OSM, such as the Pokémon Go community, say that no matter how detailed the road is, OpenStreetMap is poor “because there are no buildings.”

Until now, Korea OpenStreetMap has relied on volunteers who are proud of the changes in roads and buildings from empty spaces. However, in order to grow and promote the community, it is necessary to emphasize the strengths of OSM compared to commercial maps. This is especially true in South Korea, which is very familiar with commercial maps.

6. This year OSM celebrated its 17th birthday, so we are well into the “teenager” stage of the project. But what will it look like when it “grows up”? Where do you think the project will be in 10 years time, both globally and in Korea specifically?

Korea OSM in 2011 was incomparably inferior to now. It was difficult to find features other than major roads. However, almost all roads and railroads are mapped in great detail in the current OSM, and buildings are being added at a rapid pace, although not many.

South Korean users of Nimby Rails, one of the games using OSM, enjoy laying railroads on detailed road maps of South Korea and even North Korea (a detailed NK map is rare.) If It had used OSM data 10 years ago, they would not have been so satisfied with the map. Once OSM is detailed, it is used in wider domain, more people get to know OSM, and they contribute to OSM, it becomes more detailed…

I believe that in 10 years, OSM will be used not only in the commercial sector but also in the public sector (which prefers ‘made in Korea’ much more than open sources.) It’s a pretty bold prediction, but no one knows about the future, right?

Many thanks, Dongha, for this look at OpenStreetMap Korea, and all your work to build the community! As you note, the map has come a long way in the past few years. Hopefuly the progress will rapidly continue.