recently we were contacted by members of the OpenStreetMap Brazil community about their work to import government datasets into OpenStreetMap for various Brazilian cities and regions. We were impressed by their project and I am pleased to say we have decided to support their work via a financial donation.

But we also wanted to support the project by making their efforts better known, so we thought we would use the chance for an interview (part of our very long-running series of interviews with OSM communities around the world) 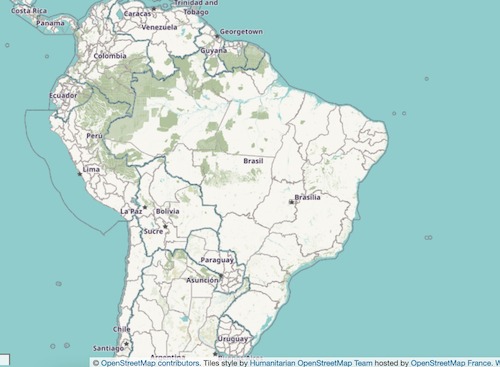 Long time readers of our blog will recall our interview with members of the OSM Brazil community all the way back in 2015. A lot has happened since then so this is a great chance to catch up and learn about the massive progress in the Brazilian OpenStreetMap scene since then.

Gustavo: My name is Gustavo Soares, aka PlayzinhoAgro, I’ve always liked maps and I was impressed when I found OSM.

Matheus: My name is Matheus Gomes and I am currently a Ph.D. Candidate in Transport Systems. I joined OSM when I was an exchange student in Norway, and traveled to other European countries back when there was no roaming. Maps.me (currently Organic Maps) saved my trips, and I fell in love with OSM.

2. What would you say is the current state of OSM and the OSM community in Brazil? What are the aspects of OpenStreetMap in Brazil that the rest of the world should be aware of?

G: We are a very welcoming and emerging community, and I think people are going to hear more and more about the Brazilian community.

M: OSM in Brazil is currently growing at a fast pace, and we actually have a pretty good coverage in big cities, but also in small cities too. There are interesting cases of small cities such as Carnaubal (17k inhabitants) or Laranjal Paulista (25k inhabitants). This last case made the main mapper of the city to be appointed an honorary citizen of the city, due to his work on OSM! 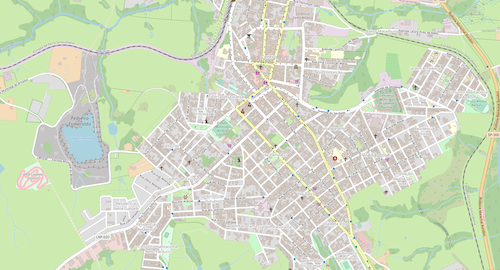 We also have diverse groups in Brazil, such as Meninas da Geo (GeoGirls), UMBRAOSM and AddressForAll, that run several mapathons and training sessions (almost one every week!).

Finally (I know my answer is getting big!), our community works a lot with governments. Thanks to a long-time effort, and changes in legislation, basically all government data in Brazil has to be open. Nevertheless, we have now a good transit with governments, so they all know OSM and usually give us explicit consent to use their data.

3. What is the import project you’re working on? Where did the data come from? What is the schedule? What are the challenges?

G: The biggest challenge is reviewing the data.

M: We have a couple of imports going on, such as importing buildings and addresses in the beautiful city of Fortaleza (2.8MM inhabitants). Data comes from official sources, with explicit permission to be used on OSM, and there are a lot of challenges involved in these imports. Apart from OSM bureaucracy (checking license compatibility and getting approval from the community), cleaning and conflating the data take a long time. For example, the import of addresses took already more than a year, non-stop. Luckily there are some users (Clifford Snow and Kauê Vestena) who help us with scripts, that make data preparation easier.

Currently, we are setting up an import of addresses in Rio Branco, in the Amazon rainforest, thanks to the support of OpenCage.

4. What is the best way to get involved? In your project specifically, but also in OSM Brazil in general?

G: Regarding imports, the best way is to take a look at our Kanban board. In Brazil, in general, I would say that interacting through channels (mainly Telegram or the new forum).

M: On our imports, we need manpower, both with scripts to ease cleaning and conflating data, but also mapping as well.

5. What steps could the global OpenStreetMap community take to help support OSM in Brazil?

G: I would say supporting local mappers is a good way to go. We are a difficult market, we have many regional, social, and economic differences. So the best way is to support the local community.

M: We actually just received good support from some organizations, such as OpenCage and TomTom, but we are still struggling in convincing voluntary mappers to help us with these imports. Gustavo and I are open to helping train interested mappers, so if you are reading this and want to help, just let us know! We need your enthusiasm!

6. Our standard closing question: OpenStreetMap will soon celebrate its 20th birthday, so we are well into the “teenager” stage of the project. But what will it look likes when it “grows up”? Where do you think the project will be in 10 years time, both globally, in Brazil specifically?

G: I hope it is finally appreciated and in a prominent place. OSM is a revolutionary 20-year-old project that has been maintained by a leadership that despises it. The lack of active leadership and a liberal view that OSMF should not interfere led us to be the biggest collaborative map that nobody knows about.

Hopefully 10 years from now I can say I’m an OSM contributor and not have to explain what it is.

M: As we speak our Geography Institute (IBGE) is collecting all addresses in Brazil. Therefore, we will have a lot of work to import those addresses into OSM for the next years. I hope that in 2034 OSM will be the standard map for everything, both locally and globally. On the big picture, I hope OSM gets some change in mentality. I feel that, for the past 5 years, we grew up a lot data-wise, thanks to our tireless contributors, but we are still lacking leadership and technology. I would like to see a strong OSM, and that everyone who wants to use maps, for any reason, turns to OSM in the first place.

Many thanks Matheus and Gustav for all your efforts improving OpenStreetMap in Brazil! We are delighted to support your work and encourage everyone to get involved. You can join us in financially supporting their work via Gustavo’s OpenCollective page

Happy geocoding, in Brazil and elsewhere.