Yesterday we posted that we’ll be expanding the interview series, amongst other things including “State of OpenStreetMap in Country X” posts.

The response was very positive and I’m happy to now post our first such interview. Today we chat with Tim Foster representing OSM Scotland. 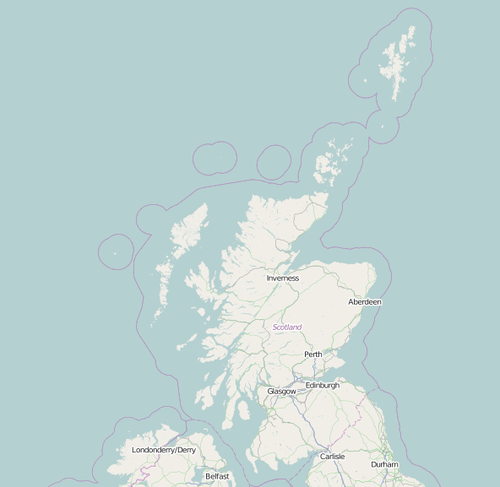 My name’s Tim, and in my day job I’m an Ecologist. I’ve always been interested in maps and used them regularly in my work but the real motivator was getting a smart phone which had a GPS in it. There weren’t many apps really using the GPS and the maps weren’t very good but I had heard about OSM and was keen to the GPS for something useful. Then I got hooked on the potential of a global, open, free map.

2. What would you say is the current state of OSM and the OSM community in Scotland?

Really interesting state at the moment, I think the first phase of early adopters has been saturated. These were the people who had a natural strong interest in maps and now there is broadening base of community organisations getting interested in it’s potential for more specific uses other then just streets, navigation and perhaps idealists open source mapping which first motivated people. People are like ‘how can I use use this map at my local level’ not just filling in gaps.

3. What are the unique challenges and pleasures of OpenStreetMap in Scotland? What aspects of the projects in Scotland should the rest of the world be aware of?

There’s lots of Scotland. Something like 20% of European coastline is in Scotland. It really is a big for a small country - which is a challenge but that means there’s miles of open space to go mapping in! The real pleasure is helping small projects get on the map. None more fittings case is the ’Polish map of Scotland’ - which is a large sculpture of Scotland which is mapped in detail on OSM. It was recently restored and the local volunteer gave a talk about it at the SotM Scotland. Glasgow has a open data project on-going and as a part of that osm has been used with many community groups to map utilities in the city. I think it would be great if other cities could involve their citizens in shaping and understanding their communities by using OSM. But there’s lots of interesting projects…we’ll have a conference next year so people can find out about 3D map printing, climate change localism, reducing transport C02, historic address mapping, greenspace mapping…

4. What steps could the global OpenStreetMap community take to help support OSM in Scotland?

The biggest help is the ‘ecosystem’ of tools supporting the osm mapping. That’s what has really helped. And that’s thousands of people who have in one way or another built tools. There’s more and more great pieces of software which have made it more accessible for people to use OpenStreetMap and anything which makes it easier for people to see the data they need is a real bonus.

5. OSM recently celebrated it’s 10th birthday, where do you think the project will be in 10 years time, both globally and in Scotland specifically?

The community in Scotland is very free form so maybe there will be a local chapter. Although that hasn’t stopped us running many conferences, workshops and mapping parties. But perhaps OSM will be seen as a core dataset for government, public and business (we can dream). But if nothing else OSM will continue to be a big influence and agitator, asking if we can do this for nothing - why don’t you have an open data service? open-source stack? community driven project? So maybe it’s sharing that ethos and acting as an encouragement to others to share open geo data which could be it’s biggest legacy. Closer working with wikipedia, the possibility of distributed versioning, web browser vector rendering are all very exciting…any one of those could have a huge affect on uptake of OSM but who really knows…

Many thanks Tim and all the other members of the OSM Scotland community. Keep up the great work. Tonight I will raise a celebratory dram to your efforts.

You can see all the Open Geo interviews here. If you are or know of someone we should interview, please get in touch.