Updates and musings from the makers of the OpenCage Geocoder

Today we’re kicking off a new regular feature here on the blog: an interview series with thought-leaders from around the open geo world. The rise of mobile and particularly smart phones means that most of us now carry around a device with us that knows more or less where we are at all times. This data opens amazing new possibilities, but also many new technical and cultural challenges. The implications will probably take a generation or two for humanity to fully digest - this is a technical shift as profound as the electrification. We hope that by highlighting different voices from all parts of the open geo community we can help stimulate the discussion and push forward the cause of open geo data.  We hope to publish a new interview every few weeks. Please feel free to get in touch and let us know who you’d like us to interview going forward.

We start our series today with a discussion with Kevin Pomfret, Executive Director of the Centre for Spatial Law and Policy.

Kevin, thanks for taking the time to speak with us.

1. What got you into the open geo scene?

2. What is the Centre for Spatial Law and Policy?

The Centre is a non-profit organization with a mission to raise awareness of the legal and policy issues that impact the collection/use/storage/distribution of geoinformation. The legal communities tend to be reactive, and as a result, it has not kept pace the rapid advancements of geospatial technology and the applications that use geoinformation. As a result, the legal and geospatial communities are struggling to adapt existing laws and policies to the emerging “location-enabled” society. The Centre is trying to raise awareness of these issues and their impact.

3. There’s been some discussion recently on whether the OSM’s license, specifically it’s share-alike property, hurts or helps adoption of OpenStreetMap. What do you think?

The share-alike provision in the Open Database License (ODbL) is a condition. Like any other licensing condition, it limits the use of the licensed material, in this case OSM data.

4. One of the big challenges facing the OSM community is that it is literally a global community, so you have not just many different opinions, but also different legal cultures, perspectives, norms, ways of working, jurisdictions, etc. Given that context, and the pain of the past license change, is it possible for OSM to stay flexible and adapt it’s legal framework over time, or are we destined to keep the status quo?</span></span>

I would like to believe that an organization that was created to challenge the status quo can create a governance structure that can be flexible enough to adapt to the fast changing geospatial community. However it is not going to be easy.

**5\. Data privacy has been a huge legal/technical topic in the news over the last few years. How do you see that playing out in the geo space?**
_I expect that the geospatial community will struggle with data protection/privacy issues associated with geospatial data for a number of years. One of the reasons is that the attributes of geospatial data that make it such a powerful tool for so many applications also raise a number of privacy concerns. I expect that over time some nations will develop a legal and policy framework that will address the most critical concerns but still allow for the geospatial community to thrive. Others nations will develop laws and policies that will be overly restrictive and will stifle innovation and growth. The engagement of the geospatial community will be critical in determining which of these two scenarios evolve._
**6\. OpenStreetMap just celebrated its 10 year anniversary. What is your prediction of where the project will be 10 years from now?**
_I have two children, both in their early 20s. If I had tried to predict the person they would become 10 years ago, I would have been badly mistaken. So I am going to pass on this question, other than to say that in my experience as a parent, the next 10 years will go a long way in defining what the project will be in long term._

Many thanks Kevin for being our first interviewee. We look forward to many more.

The OpenCage Geocoder is an API to convert coordinates to and from places.
We aggregate numerous open geo data sources under a single, easy-to-use, affordable, worldwide geocoding API. 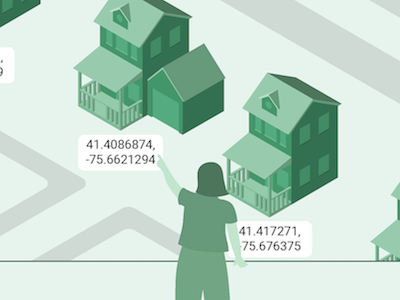 A complete guide to reverse geocoding with open data

Learn More
Here on our blog we announce updates to our service, but also regularly publish interviews with thought leaders from the open geo and open data world. Please let us know who you'd like to hear from.
Follow @opencage

We organize Geomob, the meetup for location based service creators in various European cities. Join the mailing list and subscribe to the podcast. We hope to see you at the next event.
Other sites we're reading: