Today our interview series with OpenStreetMap communities around the world turns its focus for the second time to Central America (previously we chatted with the OSM Nicaragua community). We had the pleasure of speaking with Julio May about OpenStreetMap in Costa Rica. 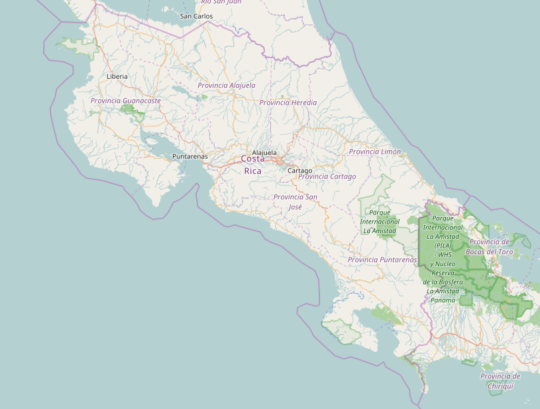 My name is Julio May Herrera and I’m a Costa Rican Geographer with a strong interest in GIS technologies. That same interest lead me later to pursue a Master’s degree from the Universitat de Girona SIGTE school of GIS and remote sensing in Catalunya, a place I picked to study because of the strong emphasis they apply on open source and free software geospatial technologies. Even though I knew of the existence of OpenStreetMap as merely a nice base map for web map development, the real turning point came a couple of years later when I joined a fantastic and visionary environmental NGO named Fundecor, which was in need of updated and good quality geospatial data for the region they mean to impact with their operations. Slowly but surely and without really meaning to, the footsteps of geographical exclusion, as well as peripheral and rural underdeveloped landscapes lead me to the servers of OpenStreetMap. We had finally found a way to get in the map those who were always underrepresented, or barely even mentioned in mainstream and traditional paper cartography.

2. What would you say is the current state of OSM and the OSM community in Costa Rica?

The state of the map in the country is actually fairly good. Your usual apps with routing algorithms will almost always get you to your destination, as long as it is on the map itself, but also if you are savvy enough to input a pair of geographic coordinates. That is a lot to say in a country like ours, a place widely recognised as nearly impossible to navigate and find places, basically due to our peculiar point-of-reference based and more than sui generis pseudo-addressing system. Of course as you get away from the main cities and populated places, the quality of the features starts to decay. That is why it is really important to apply more resources on building strong communities of new mappers that can take ownership of their immediate surroundings, particularly at regional and local scales. Speaking of the community, it is still somewhat incipient. There is a reduced amount of very committed mappers, probably a couple of dozens of them, however, most users are still occasional and curious one or twice a year loggers, people who find out about the map and just want to get their business POI in. The true potential and outstanding development capabilities of this map are yet to be discovered and positioned in decision making spaces. Luckily the process has already started, and the Sarapiquí canton, where we are currently focusing most of our work is definitely taking the lead.

3. What are the unique challenges and pleasures of OpenStreetMap in Costa Rica? What aspects of the projects should the rest of the world be aware of?

The challenges are monumental to say the least. Funding for mapping is still scarce and people in all levels of society lack the long term vision necessary to comprehend the importance of this project. However, I am myself a strong believer of gravity: things will fall due to their own weight, sooner or later they will, it is now just a matter of time. As far as I can tell the data revolution has already started and citizen-driven technologies are here to stay and they will end up dominating the IT scene for simple cost-effectiveness reasons. Scientific communities, academics, politicians and lobbyists are slowly but surely getting it. One of the sexiest aspects of the project that people should be aware of is its capacity to leverage disaster risk reduction work throughout vulnerable communities worldwide. The preventive and adaptive opportunities presented by these technologies are just too great to be true, and to be resisted. They should continue being one of our most important battle horses in the nearby future.

4. What is the best way for people to get involved in the community?

Probably, unlike most OSM evangelists I am not exactly convinced yet that mapathons and mapping get togethers or whatever you want to call them are the best way to get new users involved. They are great things for people who like doing this (like us!), and that is why we keep coming back to have a good time and enjoy the pizza and maybe the beer afterwards. I believe we should be thinking about those who NEED this, and that is a completely different approach. Probably the HOTOSM bunch are the ones fulfilling this sort of vision the best they can with the available resources. However in my experience, most often these people will not be easily engaged by the offer of sitting in front of a computer for a couple of hours. Many of them do not even know how to operate a computer or a cell phone. However, I can not deny that OSM can actually be a really good excuse to get people to learn about technology all together. It is still kind of a tough call.

5. What steps could the global OpenStreetMap community take to help support OSM in Costa Rica?

This is a pretty damn good question Ed, and I do not know if I have a good answer for you just yet. I do worry a bit about funding, as I said before it is still scarce, but that is just a matter of fundraising. What worries me more is the attitudes. There are extremely intelligent guys and girls out there, with good positions and power of influence who already know and understand well about the project, but still either do not get it, or even worse, proactively choose not to get it. I ignore the reasons but perhaps there is a bit of that free- software/revolutionary/anti status quo nerd aura that might appear somewhat threatening or even intimidating. We need to work a lot on our PR, scare the ghosts and skeletons, get our act together, maybe even suit up! and go gain more momentum and strength firstly regionally and then globally.

Here’s a photo of Julio in Costa Rica, contemplating the data revolution: 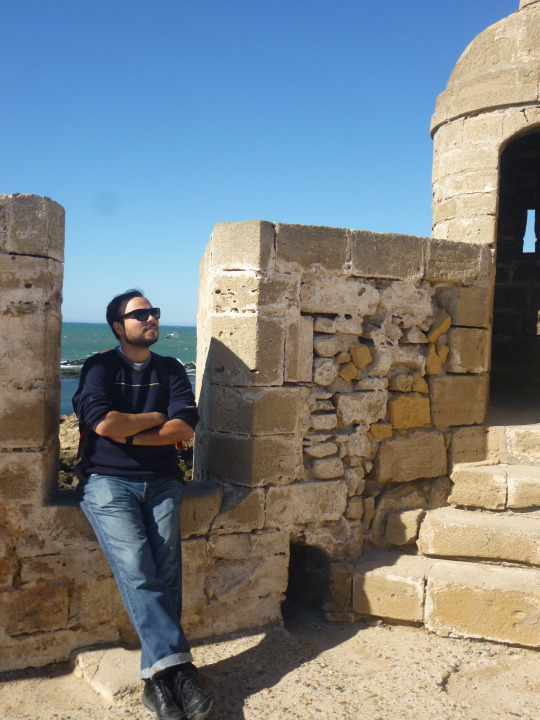 6. In 2014 OSM celebrated its 10th birthday. Where do you think the project will be in 10 years time, both globally and in Costa Rica specifically?

Well I think I previously implied that there is no turning point. Ten years on and we are winning ladies and gents, it is not just an impression, it is a fact. Look at all those companies already monetising and running fantastic business models thanks to the map. If you are in the mapping business and in search of geospatial data, OSM is already a very viable option, a card a on the table, and sometimes even a bit of a liability. When I said that we need to get our act together, I meant that we need to grow stronger and get together with the rest of the free software movement, open source activism and more recently the Open Government Partnership, but removing all ideological and political charges and labels. The advancement of humanity by means of sharing state of the art technological tools must be our goal.

Many thanks Julio for this look at OpenStreetMap in Costa Rica, and for the deeper thoughts about the steps needed to grow OSM and open data. Good luck to everyone mapping in Costa Rica.