After a bit of a break the last two months we restart our interview series looking at OpenStreetMap Communities around the world. Today we’re fortunate to chat with Jessica Salo about OSM in the state of Coloardo in the United States. 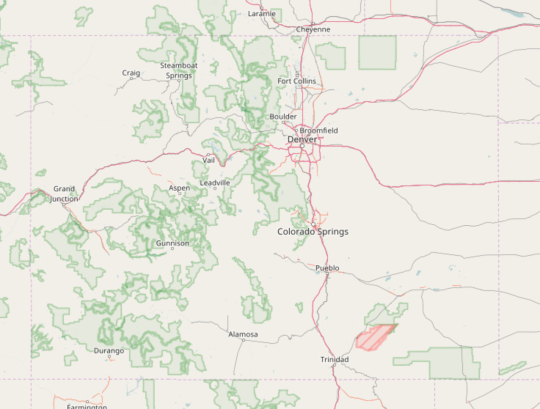 My name is Jessica Salo and I’m assistant professor of Geography & GIS at the University of Northern Colorado in Greeley. I’ve been a GIS professional for 15 years, but only became involved with OpenStreetMap about a year ago. A local volunteer (Mike Thompson) reached out to see if my department would be willing to host a mapathon. My department knew these mapping parties existed and wanted to host one, but did not really know where to start. Mike made that possible. We hosted our first mapathon at a local brewery and it was a huge success, roughly 50 people came and mapped a few thousand features. Since then, Mike has helped us host three mapathons. This semester, in my World Geography class, Mike gave a guest lecture and I created an assignment for my students to map features in OpenStreetMap. 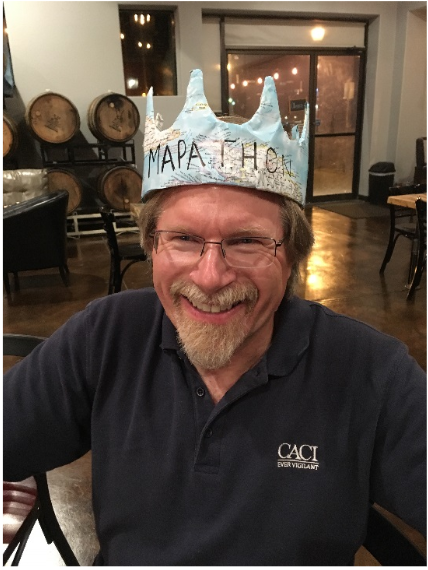 2. What would you say is the current state of OSM and the OSM community in Colorado?

OSM and the OSM community is strong in Colorado. There are many dedicated people here who contribute frequently, both to local and international mapping. HOTOSM is very popular here, many people want to help other places in need and HOTOSM provides away for them to do just that. In the past 6 years, OSM Colorado has hosted over 81 mapping events, some for humanitarian purposes and others to map local areas. There is lots of great data in Colorado, with a huge focus on outdoor recreation; we have a wealth of data about trails and routes. We’re still in need of mapping local communities, specifically rural communities. At this point, I’m not aware of local data collected in OSM being used in research or for other applications. However, in the past few weeks, I’ve attended several conferences and OSM data is starting to be used in a variety of ways, but mainly for projects in developing nations.

3. What are the unique challenges and pleasures of OpenStreetMap in Colorado? What aspects of the projects should the rest of the world be aware of?

A few of my favorites are that any on the ground mapping allows you to get out and recreate, while contributing, and most of our mapathons are held in breweries. Because Colorado has really great geographic data that is freely available to the public, the geospatial community that is working locally doesn’t seem to rely on OSM data. However, I have observed several international examples of using OSM data for research and practical applications.

4. What is the best way for someone to get involved in the community? Are there any specific events or mapping parties?

To get started, I’d say attend one of the local mapathons and introduce yourself to people like Mike Thompson and Russel Deffner. These guys are really passionate about OSM and very excited to get people involved. In the summer, Russell hosts at least one “map camp”, where folks camp for a weekend and map features near the camping location. They have great ideas about how to increase the amount of data in OSM and how to use OSM data for projects. 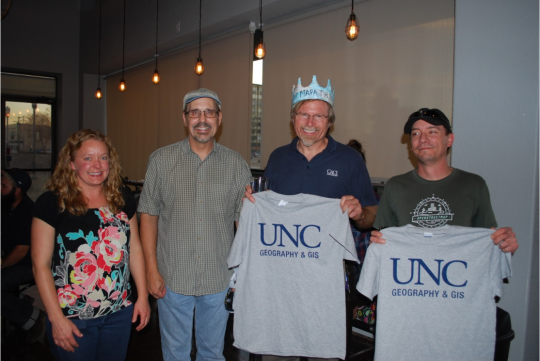 A photo from one of the mapathons. From left to right. Jessica Salo, Dave Diggs (GIS Prof at UNC), MikeThompson, and Russell Deffner.

5. Like most of the western US, Colorado has a low population density across much of the state. How does this impact local mapping?

It’s pretty similar to other areas with low population densities, we see a lot more features being added in urban areas. However, because outdoor recreation is such a large part of the Colorado culture, many trails and other features are mapped throughout the mountains.

6. Colorado is well known as a tourist destination, for hiking in the Rockies in the summer and skiing in the winter. Has this helped OSM?

Absolutely! Although, I’m not sure how much of the mapping is done by locals verses tourists. I know lots of Colorado folks that use OSM to find trails and often add portions of trails that aren’t already in OSM. 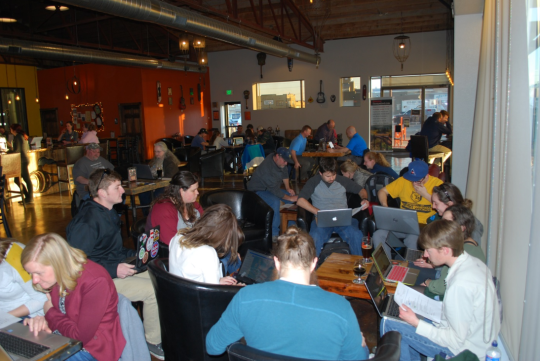 Students, faculty, and community members contributing to OSM at a mapathon.

7. What steps could the global OpenStreetMap community take to help support OSM in Colorado and the US?

It would be great if more people knew about OSM and would use OSM data as a primary source. I think this is changing, because I see researchers and NGOs frequently using OSM data, but it’d be great if other incorporated the data into their work. The community is strong, but people in Colorado also need to know that mapping local areas is important as well.

8. In 2014 OSM celebrated its 10th birthday. Where do you think the project will be in 10 years time, both globally and in Colorado specifically?

Wow, this is a tough one. We’ve seen OSM grow drastically in the past 10 years. With so much awareness being placed on open source data and software, I imagine OSM will continue to grow. Globally, it will continue to be an important way to support humanitarian efforts and help developing nations. In Colorado, locations will continue to be mapped and hopefully the OSM data will be used as a primary data source in various applications.

Great stuff Jessica. My wife is originally from Colorado and we have many relatives there, it is great to read that a local community is emerging. Congratulations to you, Mike, Russel and everyone else involved in promoting OSM in the state. i look forward to contributing more on my next visit. We usually are a bit to the south in Pueblo, but hopefully I can find a way to make it to one of the meetups.

Best of luck to everyone involved with OpenStreetMap in Colorado.