Next up in our look at OpenStreetMap communities around the world is today’s discussion with several OSMers in the Czech Republic. For those who don’t know, the very first State of the Map CZ+SK will be taking place on 21st of May in Brno! It was a pleasure to have a chance to hear from several different members of the community, many thanks to Pavel Zbytovský (also known by OSM username zby-cz) for organising the discussion. 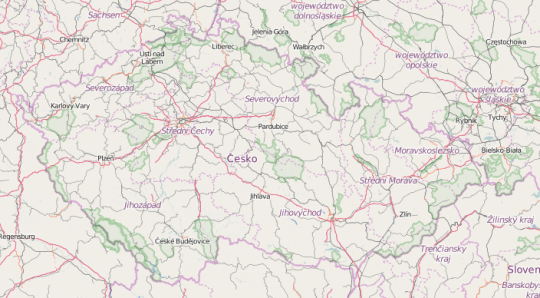 2. What would you say is the current state of OSM and the OSM community in the Czech Republic?

3. What are the unique challenges and pleasures of OpenStreetMap in the Czech Republic? What aspects of the projects should the rest of the world be aware of?

4. In May for the first time there will be a State of the Map CZ+SK. What are your hopes for the event?

5. What steps could the global OpenStreetMap community take to help support OSM in the Czech Republic?

6. In 2014 OSM celebrated its 10th birthday, where do you think the project will be in 10 years time, both globally and in CZ specifically?

Great answers everyone - especially love the “I would be happy if it still will be fun to map and work with OSM” comment. Congratulations on organising the first SotM for your region, I hope it is a great success. Anyone looking to learn more should follow @osmcz on twitter. All good wishes to the Czech OpenStreetMap community