Today I’m pleased to speak with Besfort Guri about OpenStreetMap, and open data generally in Kosovo. 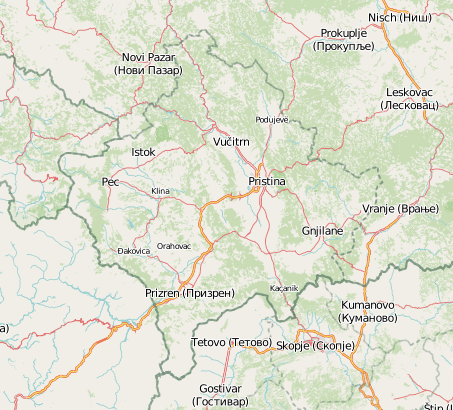 I first got involved with OpenStreetMap in 2009, the first year of FLOSSK. I had just finished my bachelor degree in Computer Science and was on the lookout for a project when James Michael DuPont, the co-founder of FLOSSK, introduced me to OpenStreetMap. I started to translate wiki.openstreetmap.org into Albanian. Afterwards, I started to work for Logistics Plus, a company that had a Fleet Management System and used OpenStreetMap for their software. I also did some work with FLOSSK, organizing events, some of which were bootcamps where I presented the OpenStreetMap Project. Furthermore, I’ve been a speaker for OpenStreetMap at Open Source Conference Albania. Finally, I authored “OpenStreetMap - Create Your Own Map” - a beginner’s guide for OSM in Albanian.

Here’s a picture of a volunteer getting trained in OSM at a FLOSSK Bootcamp in Mitrovica. 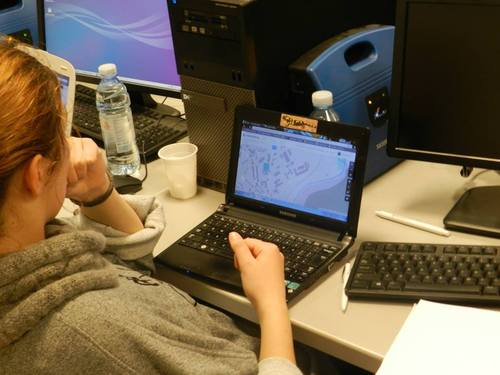 2. What would you say is the current state of OSM and the OSM community in Kosovo?

We are quite good with streets but we have problems with Kosovo’s address system. We hope that the Cadastral Agency of Kosovo will soon publish geo data and maybe we can work more in that area with the international community. More and more, the private and public sectors have started using OSM and many new people are getting involved to help map different parts of Kosovo.

3. What are the unique challenges and pleasures of OpenStreetMap in Kosovo? What aspects of the projects in Kosovo should the rest of the world be aware of?

Publishing aerial photos of government sites has been quite the challenge. I wrote a project proposal to build drones and use them to create aerial photos that we can use with OSM, and I even secured funding for this project, however, the Civil Aviation Agency blocked the project because of some laws.

The rest of the world should be aware of Kosovo’s political status so that we can put a stop to acts of cyber vandalism that aim to delegitimize Kosovo in the digital world.

4. Kosovo, like many parts of the world, has a disputed legal status. How does this reflected in OSM and how does it influence mapping and the community of mappers?

This reflects a lot, there will often be cases of cyber vandalism where people in Serbia will alter the borders in the north of Kosovo in an act of “digital land grab”. Furthermore, they use cyrillic characters for the names of places instead of latin characters. We had a discussion with the OSM community to prevent changing the names of places and the borders, but Kosovo’s OSM community needs to wait until Kosovo becomes a member of the UN and is recognized by all EU member states.

5. What steps could the global OpenStreetMap community take to help support OSM in Kosovo?

I think that the global OSM community shouldn’t shy away from making a political statement by siding with Kosovo on how it is geographically represented on OSM. Furthermore, the Cadastral Agency of Kosovo could open a lot of data and make it part of the public domain, at which point we would need to have more contributors to update OSM with that data.

6. You’re not just active in OSM, you also work on open data in general, helping set up opendatakosovo.org. Tell us a bit about your efforts there and the open data culture in Kosovo.

Open Data Kosovo is a new foundation whose mission is to open data across all sectors: government, civil society and private sector. We don’t stop short at just opening and hosting data, we also actively engage the tech community and organize events like bootcamps where we build applications that transform open data into information and knowledge that can easily be accessed and understood. We do this because we acknowledge that data by itself is useless, we need to process it and make it presentable.

We recently had the Municipality of Gjakova open its procurement data, with which we organized three workshops with a dozen students and ended up with great visualizations that can be accessed in opendatakosovo.org. We use these events as an opportunity to teach attendants about nascent and enabling technologies so we are achieving three things: opening data, making that data useful, and learning new tech.

7. OSM recently celebrated it’s 10th birthday, where do you think the project will be in 10 years time, both globally and in Kosovo specifically?

I think that institutions around the world, private and public, will open the data, also geo data, thus contributing towards creating even better maps of the world. I hope that the same phenomenon will also occur in Kosovo. I think that private businesses will further embrace the idea of using OSM, like Foursquare or Ushaihidi.

I’d like to take this opportunity to thank everyone involved in OSM, HOT, FLOSSK, and Open Data Kosovo who made it possible for OSM to grow in Kosovo.

Many thanks Besfort, for the interview and all your contributions to OpenStreetMap and open data. Good luck with your efforts.